While I would very much love to claim the above quote 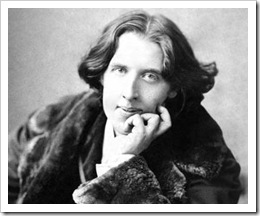 as my own, it comes from Oscar Wilde. As he so succinctly puts, we rarely acknowledge mistakes but are very good at sugar-coating them.

It was brought to mind by an article in the New York Times about a non-profit group, MobileActive, who are focused on helping improve the lives of poor people through technology. One of the ways they accomplish this is through a gathering called Failfaire where the focus is on developing world mobile/telecom-based projects that didn’t work and discussing why and what lessons can be learned. I, for one, would learn a lot form such a gathering.

Lots of times it is not a failure of technology per se, but unintended consequences. The New York Times’ article uses as an example, a thriving woman-based hammock business based in Guyana that proved so successful that it was viewed as a threat to the local male-dominated culture and the plug was pulled.  So while we typically focus on the technological problem, it is usually the cultural obstacles that can derail even the most well intentioned project.

I do take exception to one quote in the article -

Mr. Walji said he was surprised to find, when he joined the bank from Google last fall, that mistakes were rarely discussed, so different from the for-profit world, where failures are used to spur innovation.

I think that this just isn’t true, mistakes/failures may be acknowledged but the lessons learned are rarely shared and in the for-profit world, there is still a focus on looking for someone to blame. It is usually camouflaged in a “learning from our mistakes” wrapper, as anyone who has sat through a loss-review can attest.