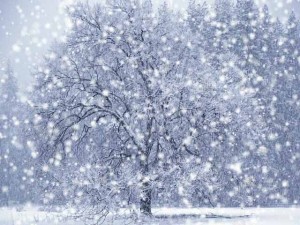 The IMF are in Lisbon now, and have left behind them a confused and wary Ireland, in a blizzard of unseasonably cold weather, of traffic snarling and sidewalks slipping and of undelivered post.  The members of the ruling party in government trudge wearily through the motions, stepping softly towards inexorable doom at the polls, sometime in February or March, a Spring that will herald a death in Ireland, that of Fianna Fáil.

Across the pond, meanwhile, another creeping doom comes closer to the inevitable, as first everydns.net, then amazon.com yielded to political pressure to shut down the organisation’s website, which had undergone several days of DDOS attacks.  While the site has shifted to wikileaks.ch, that site too seems inaccessible.   But it is not just wikileaks that is under pressure – the internet itself is now under attack.

Invented and developed in a sea of post-hippy transparency and neo-communism in California, the Internet became an expression of freedom and openness and community.  It flourished in this open environment, as creativity and imagination spawned the most wonderful ideas and interpretations of what this new technology could do.  Browsing, search, content, shopping, publishing then social networking, the mobile web, and broad interconnectedness.  It was inevitable one suspects that money and power would eventually seek to control it.  The money, first, manifested itself in net neutrality and the campaign for the last three years or so to balkanise the Internet.  That has effectively happened.  We have apps instead of websites.  We have commercial domains (Google, Facebook) within which our internet activity is almost exlusively restricted in many circumstances.  Outside these domains we have controls and monitoring and country level legislation preventing us first from file sharing in breach of copyright, but ultimately in doing anything considered illegal or distasteful.

And so we yield to the second influence – power.  Early this year, Google was hacked by China, resulting in Google ultimately pulling out of China.  Later, the Chinese were accused of hijacking the internet for eighteen minutes.  Across Europe, netizens have been arrested and tried for online activity, from serious offences like sex crimes, to the relatively harmless downloader of an illegal copy of Rage Against The Machine (or perhaps something less ironic).  Terrorist use of the Internet is monitored intensely, and the recent trials of RIM and the Blackberry model in India and the Middle East demonstrate first the seriousness with which governments are taking the internet, and second the technical capability to actually do something about it.

The DDOS attacks on WikiLeaks (there was even a dodgy seeming fire near one of its servers some time ago – do UPS units catch fire?), one suspects, are either being conducted by, endorsed by, or allowed by the US military, in a simple application of Cicero’s cui bono.  Political pressure is forcing everydns.net to come up with a lame excuse like the DDOS attacks compromised performance for everyone else, therefore we’re pulling the site.  Now I don’t know this for a fact, but I would imagine that US government websites are constantly under DDOS attack from all sorts of folks.  Does it therefore follow that whoever manages the DNS for the government websites should also pull those sites down?  Amazon at least was honest and said the DDOS was managed and not a problem. They claimed two issues – first, that the data did not rightfully belong to WikiLeaks.  While that may be true, how many of their other 400,000 customers have data with dodgy provenance?  How many others have been prosecuted on those grounds?  Second, they argued that “it is not credible that the extraordinary volume of 250,000 classified documents that WikiLeaks is publishing could have been carefully redacted in such a way as to ensure that they weren’t putting innocent people in jeopardy.”  While one could argue that not publishing the information allowed the US government to act with impunity, and therefore put even more lives at risk, at least this is closer to an honest position.  However, we are clearly now in the realm of politics, and making value judgements that blow the first amendment out of the water.  If Assange was an American, one suspects that the position would be different; and if the data was about China, we’d have a whole other dynamic going on here. Whatever the rights and wrongs of the whole thing, we are clearly moving away from that post-hippy happy happy time, and into a phase where the establishment reasserts control.  Another death, of sorts.

A few light taps upon the pane made him turn to the window. It had begun to snow again. He watched sleepily the flakes, silver and dark, falling obliquely against the lamplight. The time had come for him to set out on his journey westward. Yes, the newspapers were right: snow was general all over Ireland. It was falling on every part of the dark central plain, on the treeless hills, falling softly upon the Bog of Allen and, farther westward, softly falling into the dark mutinous Shannon waves. It was falling, too, upon every part of the lonely churchyard on the hill where Michael Furey lay buried. It lay thickly drifted on the crooked crosses and headstones, on the spears of the little gate, on the barren thorns. His soul swooned slowly as he heard the snow falling faintly through the universe and faintly falling, like the descent of their last end, upon all the living and the dead.