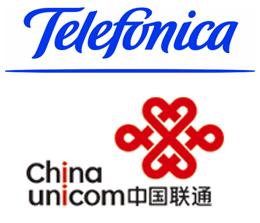 Yesterday’s Financial Times reported that China Unicom and Telefonica have agreed to increase their investments in each other as China increased its strategic investment in Latin America.  Having established a very strong position in Africa, Latin America is next, and these boys know how to play the long game.

While this is clearly an investment in the telecommunications industry, there are other investments (such as energy and banking) that illustrate how broad this is as a national development strategy.  Two interesting questions emerge from this.

First, is the US compromising its interests in emerging markets by being over-zealous in its national security?  Attempts by Huawei, ZTE and other Chinese interests to invest in major US institutions have been blown off course by political concerns.  In the mean time, their investment in Growth Markets in particular continues unabated, either independently with bilateral relationships crafted with Governments, or in partnership with former colonial powers (which is sees as crucial).  Fast forward ten years where the Growth Markets are growing nicely, and representing an increasing and by now significant percentage of Global GDP – whither America?

The second, is around the colonial point – China clearly sees access to Latin America and Africa being easier through partnership with former colonial powers – Britain, France, Germany, Spain, have all seen major investments in relationship development with the intent less focused on those markets themselves, but more the emerging markets.  China has missed the boom in mature (soon to be stagnant?) markets so now it’s going to use those countries as a platform from which to launch itself into Africa and Latam.

The question, or point of interest, is this: why are *former* colonial powers relevant any more?  There are two reasons that I can see.  First, notwithstanding national pride and all that mumbo jumbo, there exists in the colonised a respect for and deference to the colonial power.  Second, the cultural genocide that was inflicted on so many of these peoples (specifically in terms of language – English, French in Africa, Spanish in Latam) has set them up very well for the continued expropriation of resources from the former colonies.  The shareholders remain in the former powers (and London and New York) and as they procede to do business in Latin America, the value and wealth of that continent continues to be siphoned off to Europe.  Maybe I’m just turning into a grumpy old socialist in my old age, but the persistence of transnational conglomerates based in the mature markets with disproportionate influence in former colonies smells a little of a resurgence of  colonialism – except this time it’s being run by corporations rather than countries…did it ever really go away?  Did independence for the colonies really change all that much?

(a brief aside – I note that one of the largest aid agencies in the world  “The Global Fund”, that has attracted investment from Bono and the Bill & Melinda Gates Foundation has admitted that it has lost boatloads of cash to corruption.  This organisation deals in the order of billions…it estimates according to this report that two thirds of the $16bn it has raised has been lost to corruption.  Sheesh!)