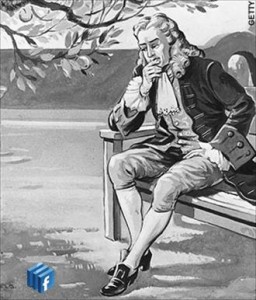 What goes up must, eventually, come down, as the song – and Newton’s Laws of Physics – elegantly tell us.  It’s part of a cycle of life thing, the ying and the yang, peaks and troughs, the slings and the arrows (although technically slings and arrows are both negative projectiles).  In the same couple of days as Facebook announced a $50bn valuation, along with an estimated $500m net income for 2010, probably public reporting or an IPO in 2012, and generally champagne and the dizzying heights of success all round, MySpace, once the darling of the domain, was reporting a dramatic downsizing.  With visitor numbers falling, it had previously laid off 30% of its staff in Summer 2009, about fifteen months after it had been overtaken by Facebook as the Social Networking behemoth to end all social networking behemoths.  And, as pointed out on this blog earlier in 2010, Bebo, another former darling, was itself decimated in 2010.

Your correspondent has of course divested his Facebook account, so the latest Farmville goings on, and viral wall posts and all that have sweetly passed me by these last six months or so.  There remains however an emptiness about it all, a lack of genuine substance, a uniqueness that can allow it to retain value.  In a sense it’s like telco.  Telco for years had the uniqueness of owning a physical network infrastructure.  Now, of course, the need to own an infrastructure is not merely unnecessary to run a telco, it’s an albatross that weighs on the largest telcos in the world, rendering them vulnerable to assault from the unlikeliest corners.  And why?  Because anyone can do it.  Same with Facebook.  Or, perhaps better illustrated – it’s the same with MySpace.

We must also remember that Orkut rules Brazil, while China has indigenous competitors.  So while Facebook has a significant “mature markets” dominance, it does not have the dominance over emerging markets.  The balkanisation of social networking platforms is probably something that will remain – but changes in one region or another may herald changes in the others.  My money is on a change in behaviour away from public communications, and back to more private, more personal communications.  As the recession bites and people become more cautious, more defensive, and as threats of cyber crime and cyber terrorism increase, people will become more protective, communities will shrink, friends will actually be friends (!) and whatever structure the internet presents for those communications will supplant the relatively broad based social network structures of Facebook.

Facebook has become less about social networks and more about propensity networks.  It is more about connecting people who have similar propensities to talk, act, do, spend, buy, and exploiting commercial opportunities that such networks present.  That propensity networks overlap with social networks is useful for the creation of large groups and large networks.  The reorganisation, or realignment in terms of propensity however is – generally speaking – less useful for human beings.  Propensity networks, if they are to be successfully exploited, need to be kept hidden.   And that is even more the case as – if I am right – people become more defensive, less open, and less willing to expose themselves to a harsh, uncaring, and distrusted corporatism.