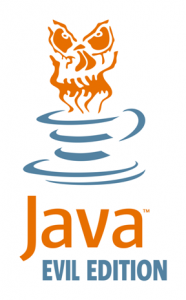 ** Full disclosure – your correspondant works for IBM, though this is entirely a personal view.  He does not work in the patent side of the business. He also holds IBM shares.

The tyranny of lawyers is descending upon us.  When Oracle bought Sun, most of the headlines concentrated on Oracle’s new found love for hardware (notwithstanding its insistence on the irrelevance of cloud computing).  As a software company, however, it was its merger with the doyen of Open Source Software that was more important.  MySQL, OpenOffice, and in particular the Java programming language were managed by Sun, were now to be housed in one of the most profiable software companies in the world.  The Sun ecosystem had been driven around hardware sales, but how would ‘free’ software sit inside Oracle?  One blogger wrote that “Oracle could finally democratize the JCP (Java Community Process) by making it more transparent and inclusive,” though most were more circumspect.  The majority of concern centered on MySQL, a free database that clearly competed with Oracle’s core software business.

Slowly however it began to dawn on the outside world that the rationale for the acquisition may have been driven more by the lawyers than the technology strategists.  The R&D credentials of Sun were huge.  The patent register was impressive.  The extent to which Oracle could use its ownership of Sun to ward off nefarious encroachment by all sorts of interlopers who would steal its clothes.  It became obvious for Oracle’s actions not immediately, as speculation focused on how and whether Oracle would deal with the hardware business.  But in 2010, Oracle launched a lawsuit against Google for a billion dollars because Android had been written in Java.  Huh? Yeah.  Suddenly, everyone got jittery.

Google bought Motorola Mobility, substantially for it’s patents.  Facebook, Yahoo and Microsoft all executed moves to develop their patent portfolio.  Facebook recently countersued Yahoo with a patent it had registered by a former Yahoo employee!  The great Daddy of them all IBM spends $6bn a year on R&D and has led patent registrations for many, many years.  Apple’s patents- the subject of many high profile battles with Samsung and others – are primarily hardware related.

Now, we’re seeing a rash of litigation that threatens to undermine the entire technology business.  Value, and the openness that has characterised the innovation of the Internet, is pushed into the background as defensive landgrabs from major ecosystems and major (predominantly US) players establish what appear to be zones of control.  Oracle’s case against Google – is particularly interesting in that it posits that the Java language is itself intellectual property (rather than the code / binaries that it produces) and therefore that Google’s android software owes Oracle compensation for its use of Java.  The thing is, an enormous amount of the world’s software is written in Java.  That would mean undermining a massive swath of the economics of the software business – and potentially massively enriching Oracle.

One can’t get away from the sense that this is only the first act – and that the main event will happen when these US behemoths take on the Indian and Chinese companies that are coming in the next decade or two.  And the lawyers will be in the vanguard.