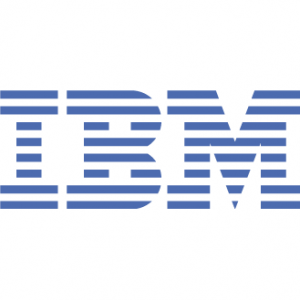 Yesterday I watched a TED talk on Lessons from Death Row, where a death penalty lawyer talked about how death sentences were reducing in number because death penalty lawyers were intervening earlier and earlier in the process.  It was easier to avoid the sentence than to correct it, was the logic.  Mr Dow went a step further, however, and said that intervention should happen even sooner – before the murder was committed – because the stories of these guys on death row are 80% the same – broken homes, juvenile justice, and so on.  Appropriate, early intervention could save the lives of these people, and of course their future victims.  In essence, he was saying that everything was predictable.

The same day, IBM announced a new bunch of analytics software to help businesses to do predict the future.  (I should point out again that I work for IBM, in the field of analytics, so this is important to me.  Also, you can make your own judgements as to whether I’m biased!

Also, I only speak for myself, not on behalf of IBM.) “In today’s marketplace, when a customer says they’re not happy, companies must decide how to react – not later that day, or in an hour, but instantly,” said Deepak Advani, vice president business analytics products and solutions, IBM.  Deepak is right, of course.   And the infrastructure required to support that kind of instant response is not straightforward.  Not only must the response be instant, but it must be smart.

Sometimes service providers talk about sending text messages to customers who have a dropped call, or an otherwise poor experience, apologising for the quality, or offering a discount or credit, or something like that.  However, when we talk through how this might work, it quickly becomes apparent that that kind of response may be instant, but it is not necessarily smart.  Sometimes customers have poor experiences that don’t really affect them.  Perhaps the call dropped right at the point the conversation ended.  Perhaps the guy was breaking up with his girlfriend, and it was a good thing!  So the infrastructure that allows instant response must not only be aware of the need for a response, but also the kind of response that is likely to drive desirable behavior.

That’s why integrated, automated, smart decision management makes stuff better.  It makes processes more accurate, and more likely to drive desirable outcomes.  I love the story that IBM tells about one company who improved outbound telesales costs by 15% just by targeting customers who were likely to want to buy.  It sounds, well, simple.  Think of all the time and effort that goes in to selling to people who are not likely to want to buy.  Or offering upgrade free phones to people who don’t care about the phones, but more about signal quality.  There’s a mismatch in terms of the communication and the customer, and so the outcome is less likely to be successful.

Two other pieces of really cool tech in here – sentiment analytics, and social network analytics.  Sentiment analytics allows companies to apply a semantic analysis on unstructured text like tweets or call center notes to dive a little deeper into understanding sentiment towards a company, product, or a competitor.  While sometimes the entity resolution can be a challenge – though there are pieces of the IBM portfolio that address that too – where connecting a twitter handle to an MSISDN is not straightforward, for example, the other pieces all lock together to make sense in context.  It’s about what Jeff Jonas calls in the video “Incremental Context Accumulation”, so that for example if we want to offer Anthony a free handset in order to make him stay on our network for another little while, we can analyse the context for the offer.  We may not know what Anthony’s twitter handle is, but we may know that people in Cork (where Anthony is), who work for Multi-Nationals (like Anthony) and roam a lot (like Anthony) and spend a lot (like Anthony) and tweet a lot (like Anthony) really don’t like Blackberries.  That means that even though we don’t know what Anthony’s sentiment is towards Blackberries, we’d better offer him an iPhone instead.

The social network analytics piece is different, and people sometimes don’t quite get this – they hear social, and think ‘oh, yeah, that’s analysing Facebook and Twitter and all that’, but it’s not.  Social Network Analytics is the modelling of social networks, or social connections, so we can see the extent to which relationships – social, real relationships, measured in phone calls, emails, tweets, whatever is legally analyzable – can influence behavior.  That in turn – layered with other analytics – can provide a huge wealth of understanding of what people do, why they do it, and what they’re likely to do next.

Everything we can measure we can predict.  Everything.  Think about that for a minute.  If you knew about all of the metrics your business has, and what they were likely to be at tomorrow, next week, next month, how would you manage your business differently?  People are creatures of habit, and systems repeat the patterns of the past.  Analytics can make things so much better!