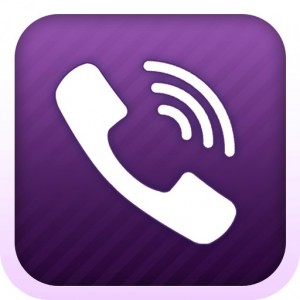 I’m not in the habit of making up words, as there are plenty good ones to go around, many of them lamentably underused.  Nevertheless, there is a trend upon us that defies conventional description, and for want of le mot juste, I’ve decided that applification (and its derivatives) best captures it.  I’m talking, of course, about how apps have come to dominate the thinking of digital consumers, and, increasingly, service providers as well.  Everything, it seems, is an app – or wants to be one.  We used to have web sites, services, APIs, email addresses, phone numbers (how quaint!), even computers and software.  Now, we have apps.

Underneath this trend is a more complicated set of goings on that have an influence.  Outsourcing and globalisation turn core business functions with fixed costs into services that can be scaled up or down with improving elasticity.  Digitisation of media and communications through open standards turn much of the intellectual property business into a set of services.  Computer hardware is virtualized into the ether, and becomes a service.  The permanence of the product is less relevant, and the inefficiencies of sinking fixed cost into a resource required for a limited time are dissipated into a sew service oriented commerce.  Even manufacturing, with the advent of 3D printing, is becoming a service!

Economists, I’m sure, have proper words for this trend, and most likely some dismal equations to go with them.  But we all see this around us every day.  Part of this is about packaging, and the business model.  In the same way that Ryanair redistributed costs and charges to change the economics of the airline industry in Europe, as Southwest had done in the US, for digital services everything that engages the network sees its costs of production marginalized.  Barriers to scale collapse, competition soars, and industries all over the world have to correct themselves – media, music, software, computing, communications, education – all are correcting themselves.

There is of course resistance to change.  Some of this is illusory, some of it substantive.  For example, in telecommunications, we still find it difficult to tear ourselves away from the conventional model of pricing voice calls per minute.  This is substantive, because the replacement alternatives offer no guarantee of like for like revenue substitution, but it is also illusory in that it is being artificially maintained by regulatory imperative in areas such as termination rates.  While on the one hand there is an acute awareness in the industry that the barbarians are at the gates, and it is only a matter of time before they come pouring through, there remain those who believe that the artificial support will remain.

Most telcos are, of course, preparing for the alternative.  Ownership of the network will remain a key control point.  The question is not whether telcos can retain control of that, let us take that as a given.  The question is how the services that run across the top of the network can contribute to the margin of the business.  Access to the network – presuming coverage, quality and capacity issues being equal – will commoditise, and will attract a price with a commodity margin that will follow the rules of commodity economics.  Ownership of the network provides an advantage to telcos looking to compete in the higher value services domain.  But how to leverage that?

And here’s where the apps come in.  Telcos are developing all sorts of apps, and application development environments, and application ecosystems, and having limited success.  The apps business is a difficult one.  There are few localized app companies doing particularly well, and those that are are reliant on specific content (sports, horoscopes, the same list of services that did well for the 1800-entrepreneur generation) or display advertising migrated usually from local web sites or newspapers.  The success stories are large global brands like Facebook and Google, but even they are struggling with monetization aspects.

There are two tracks that telcos can take to leverage their ownership of the network.  First, applificate everything – absolutely everything.  Turn everything, including voice, data and SMS into an app or an app component.  Look what Amazon did with the Kindle model.  Could you turn ten voice minutes into an app, and sell it on iTunes or Android Play?  Or 10 Megs? For any service provider in your jurisdiction?  Even if you ran the access over the 3G network, and facilitated a kind of in-app roaming?  Would you need to negotiate with other service providers to do that?  By extension – could a kind of reverse charge data service be set up, where users with a SIM card from Operator A but without credit could get access to Operator B to get access to an app over there?  Operator A could share in the revenue.  Whatever the politics, and the relationships, even on the native network, voice and text could become an app.  Not only that, but then developers could bundle that app into a larger offering, where integrated voice and /or text could form part of a secondary application.

The second track telcos can take is to leverage the relationships on the network.  Forget about advertising, and think about integrated commerce.  Think about how the infrastructure of communications carries consumers with spending power alongside enterprises looking for customers.  From simple used car dealers, and pizza restaurants, to complex service providers, the conjugation of seller and buyer is something that the telco is uniquely positioned to facilitate.  The deeper the telco can participate in third party commercial transactions, the greater the value that the telco can provide to those other industries.  And with greater value comes greater revenues, yet the costs remain marginal.

So to those who weep for telco, and its dying throes, cast off the sackcloth and ashes, all is not yet lost – there remains hope!  And, much more than mere hope, real prospects of redesigned growth, because everything is applificating!  Everything!  And at the heart of all of this wonderful change is the telecommunications network, with its unique power.  Welcome to the future!