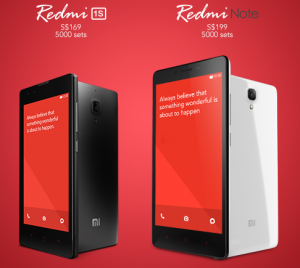 Awesome, cheap. So what’s the catch?

News reaches the outpost in rural Ireland that Xiaomi, ‘China’s Apple’, fresh from launching their extraordinarily gorgeous steel-clad Android phone which at the top of the line retails at a similarly astounding €86 / $116, has now launched a $13 fit-band, which also looks really lovely. It appears from first reviews that the Chinese are figuring out how to do power and style (learned, perhaps, from making stylish things on behalf of those who wrote the book on design) as well as cheap, and that’s set to make some serious waves.

It made me think about the politics of technology, which I do quite a bit anyway. Connected people, and connected commerce ecosystems are clearly on the way. Being able to control those ecosystems gives enormous power. And one suspects that the Chinese are more interested in power than in profit, as while profit is currency limited, and therefore politically relative, power is a political absolute.  In other words, if the Chinese can dominate the smartphone / tablet business, and by extension the people instrumentation business, that would undermine American attempts at technological hegemony, and create a strong platform for China.  Therefore while Apple seeks to preserve its position as a premium brand with premium margin for premium profits, Xiaomi is playing a different game entirely.