Spent an hour or so reading a great report on the 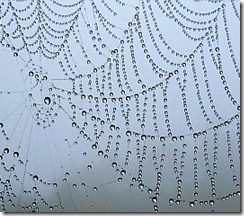 “State of the Internet” by Analysys Mason for the Internet Society. It is a rebuttal to those who think the Internet is falling apart, needs fixing including the proposed shift to ‘sending network pays’.

The document is an excellent primer of the state of the internet today, the crucial role of IXPs and how historically three forces, technology, investment and changes in traffic flows have collectively met the challenge of the exploding use of the internet.

A good case in point, caught the tale end of a report on my local NPR station about how researchers at MIT and elsewhere that uses an algebraic equation to reconstitute dropped packets thereby removing data congestion bottlenecks.  The results are very impressive to quote:

Looks as if the internet will be around for a couple more years after all.

I have been a fan of “My Cousin Vinny” for years

and I must admit to guilty pleasure watching it for the umpteenth time when it does its semi-annual rounds on late night TV. Reading a couple of blog posts recently, I was reminded of my favourite scene where the antagonistic Ms. Vito, acting as an expert in general automotive knowledge,  wins the day by looking at photograph and turns the whole case for the defense…

Vinny Gambini: How could you be so sure?
Mona Lisa Vito: Because there is no way that these tire marks were made by a 1964 Buick Skylark convertible. These marks were made by a 1963 Pontiac Tempest.
D.A. Jim Trotter: Objection, Your Honor! Can we clarify to the court whether the witness is stating opinion or fact?
Judge Chamberlain Haller: [to Lisa] This is your opinion, or is it a fact?
Mona Lisa Vito: It’s a fact!

The full scene is at the bottom of this post….

The first post was from boingboing about the use of experts in understanding the Japanese nuclear event at Fukushima. The point made by the article was that an expert in one field is not an expert in another. In particular, while an expert in risk management can provide valuable insight on a problem of this magnitude to understand what is going on, you really should ask a nuclear scientist.

It has become a pet peeve of mine that we (the media) treat people as experts without ever considering, do they have any expertise in the subject at hand. I even felt sorry for Sarah Palin, when she was thrust in the limelight by John McCain and she was supposed to have all the foreign policy answers. An expert in public speaking does not equal an expert in the constitution, foreign policy or community service.

So what are we supposed to do about all this. This is where the second blog post comes in. Ben Goldacre in the Guardian had an article titled “A case of never letting the source spoil a good story” where he details various examples of journalists getting it all wrong where a check of the source material would have saved a lot of erroneous ink and spreading of falsehoods. I think his conclusion is right on

Of course, this is a problem that generalises well beyond science. Over and again, you read comment pieces that purport to be responding to an earlier piece, but distort the earlier arguments, or miss out the most important ones: they count on it being inconvenient for you to check. There’s also an interesting difference between different media: most bloggers have no institutional credibility, so they must build it by linking transparently and allowing you to double-check their work easily.

But more than anything, because linking to sources is such an easy thing to do and the motivations for avoiding links are so dubious, I’ve detected myself using a new rule of thumb: if you don’t link to primary sources, I just don’t trust you.

So the moral of the story is, if the article or blog post that  you are reading has no links to primary sources – then it is just opinion not fact.

END_OF_DOCUMENT_TOKEN_TO_BE_REPLACED

There has been a lot of press about 3D at the movies and it seems that every so-so movie ( anyone seen Drive Angry 3D?) has to be filmed in 3D, even if most of the public wonders why. Avatar has a lot to answer for! Although thankfully, none of the major Oscar contenders had to rely on the 3D gimmick to get their message across.

So where is the real 3D revolution. It is is in printers 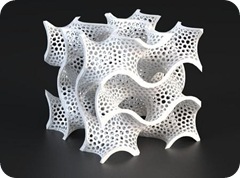 of all things. An excellent summary of the technology can be found in the Economist. Basically, using the the same technology used by ink-jet printers, 3D objects are printed by laying down layer upon layer until the object is complete. While now limited to certain plastics, resins and metals, this approach has the potential of manufacturing. The benefits are enormous. Using ‘additive manufacturing’ can result in material use of 10% when compared to traditional milling techniques, it is also software-defined, so changes can be made very easily and the new ‘blueprint’ sent digitally.

We are not far off from the day, when you receive a recall notice for a faulty part in your car, you will take it down to the local service station and they will manufacture the part then and there.

But I don’t think things will stop there, in much the same way that the personal computer put computing power previously reserved for large businesses in the hands of the Joan and Joe Consumer, the same will happen with custom manufacturing. Already there are companies, like “Shapeways” and “Digital Forming” that provide a design interface and the manufacturing supply chain to allow consumers to create unique bespoke items.

Just came across this amazing talk by Anthony Atala from the TED conference. He shows a human kidney being printed. Science is wonderful.

A very disturbing piece from The Register, about the broad re-definition of who can be called a scientist. It is yet another example of words being hijacked to create an aura of unjustified respectably.

had been misrepresented as scientists. Neal’s Yard is the UK’s foremost destination for organic natural health and beauty to quote from their website. Their ruling has redefined, as far as advertising in the U.K. goes, what makes a scientist. In getting the claim dismissed, Neal’s Yard made two arguments

Call me stupid, but those are not in any way shape or form, traditional scientific disciplines. These four people are not scientists. By pretending to be so, they are acting as snake-oil saleswomen rather than scientists.

The ASA has lost its way and instead of calling a not-a-spade, a not-a-spade, they have fallen prey to taking the arguments of Neal’s Yard at face value to the detriment of real scientists everywhere.

When my son was growing up, he loved building things with

Legos, a habit I also acquired (when I was allowed to help). A couple of years ago, I finished my first big Lego project the “Taj Mahal” – all 5900 plus pieces (took me 6 weeks), it was so much fun and I will never take it apart.

Then today, I came across the following Lego masterpiece (with thanks to the Register). This may well be the best thing by an Apple engineer this year (sorry iPhone 4 and iPad)  This is truly impressive, and as the person in the video states. “Pretty impressive for a bunch of plastic blocks”. I would love to see this as a kit.

For more information on the Antikythera Mechanism go here.

Benoît Mandelbrot passed away on the 14th of October. While I never did fully understand the mathematics behind his discoveries, any person who decides to find the answer to the question “How long is the coast of Britain?” has my vote as a very clever man. He not only could work out the answers, he knew what questions to ask.

He showed how complex structures could be explained using simple rules as the Pythagoras Tree below demonstrates. (link)

I think this quote from the guardian obituary, sums him up  quite nicely.

“What is science? We have all this mess around us. Things are totally incomprehensible. And then eventually we find simple laws, simple formulas. In a way, a very simple formula, Newton’s Law, which is just also a few symbols, can by hard work explain the motion of the planets around the sun and many, many other things to the 50th decimal. It’s marvelous: a very simple formula explains all these very complicated things.”

His legacy lives on, on the week of his death, the cover article of the New Scientist was “Fractal life, how chaos theory rules evolution”. There is also a nice appreciation of Mandelbrot on their web site. including his talk at TED earlier this year.

I can't let you do that, Dave.

Computers are getting faster, more powerful, and smaller.  They are becoming ubiquitous, they are personal and “in-machine”, they are borrowed, stolen, manipulated, pimped, and applied in many different ways.  They are in televisions, toasters and theatres.  They are in shock absorbers, shops and shared resources like internet cafés.  But fast, small, everywhere doesn’t necessarily mean smarter.  It’s easier for us to talk wirelessly now, because of mobile phones.  It’s easier for us to work from home, because of network improvements.  But that’s all stuff we used to do anyway.  So where is the “smart”?  Where is the “clever”?  Where is the “ahaaaa…”?

Maybe it’s enough that stuff gets smaller, faster, cheaper.  That means we can do more stuff, and therefore we’re more productive.  But smart means that we actually don’t have to do stuff anymore.  Like looking things up.  Making connections.  Applying personality, or relevance to technology.  Like search, for example.  If we’re looking for stuff, we need to search for it.  Sometimes we don’t know what we’re looking for either, until we learn about it – or see an ad.  Sometimes, suggestion is all we need…

A few years ago (almost four years ago, in fact) BusinessWeek published a front page article called “Math Will Rock Your World“.  Just as the quants had changed finance in the mid 1990s, now they were looking at other things, like advertising, propensity modelling, and other forms of knowing.  And it is this knowing that has the potential to transform, well, stuff.  What does knowing mean?  What does awareness bring?  We’re not quite talking about sentience here, but if we combine predictive analytics with context awareness, we can get pretty close.  Statistically speaking, really, really close.