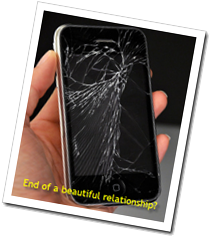 Recently (August 2009) Merrill Lynch published an analysis of the US Telecom Services market for the first half of 2009. There were a number of surprising takeaways including;

While Cable has a substantial lead in triple play householders, this is the first time we are seeing higher net increases on the Telco side. It will be fascinating to see if this sustainable over the long term or just a blip on the horizon.